…subtle gaslighting is where our legitimate hurt and anger at the injustices we suffer is equated to the bigotry and abuse of our oppressors. Being angry doesn’t mean you are being hateful, it means you love yourself enough to get upset at your own mistreatment.

Yesterday afternoon, I found myself just thinking about my online interactions and how I’ve become silent on the things that have always mattered most to me, particularly around sexism and patriarchy. I asked myself what happened. Almost instantly my inner voice retorted back and said, “We don’t speak anymore because we got tired of having men and patriarchy gaslight us whenever we spoke up about the ways they hurt us”.

Gaslighting in the context of patriarchy makes an already privileged group more privileged by insisting to prioritize its comfort over the pain of the already oppressed. Gaslighting in and of itself thrives where there is a power difference between the one doing the gaslighting and his victim. And when men gaslight women’s valid pain they are ironically and essentially asserting and embodying the very misogyny that they perpetually say does not exist. By speaking over women and women’s lived experiences with men, men inadvertently affirm the privilege that patriarchy unconditionally bestows upon men: that men’s voices, stories and judgements matter over that of women.

In any gaslighting situation, the person doing the harm will find very tactful ways to redeem themselves to tarnish the very real hurt of the person they inflicted harm upon. Gaslighting is an emotionally abusive tool that will find endless ways to derail from the very real and valid accusation. Gaslighting is very manipulative and requires a great deal of skill. And this is how I have observed gaslighting to occur in conversations around sexism and patriarchy:

These phrases are common phrases used to shift the focus from the content of women’s messages to their ‘presentation’ and a common tactic of gaslighting is side-tracking a very valid claim to discredit it. The narration of women’s stories of suffering at the hands of men is often met with greater backlash than the actual oppression and consequently absolving men from ever taking any sort of accountability and responsibility for their harmful ways of existing.

One of the most important feminist writers of the 20th century, Audre Lorde, asks this pertinent question in one of her essays:

A very good ask that we should sit with for a moment.

Through Hijacking Women’s Stories and Speaking Over Women

In a non-gaslighting situation, when someone speaks about their pain, you never ever bring up how they hurt you too, no matter how valid it may be. It is their time; it is their moment to speak. Many times, when conversations around men’s toxicity, sustained by patriarchal power systems, are taking place online, I can bet a million bucks that a conversation will be started right there and then about how “men suffer too”.

And yet again, we play into a function of patriarchy where men take precedence over women and men center themselves. If men really took the time to learn about feminism, equality and what patriarchy entails (from actual feminist books and papers), they would know that both women and men suffer greatly under patriarchy; but also, simultaneously grasp that women will always suffer so much more at the hands of patriarchy than men ever will.

It is tiring hearing women being told that they are playing the victim (another classic gaslighting tactic) when they speak about how they specifically suffocate at the hands of patriarchy. Women talking about their suffering does not and never will mean that men do not suffer. However, when women are talking? Men need to listen and decenter themselves from women’s narratives. That is how men can actively ‘unprivilege’ themselves.

Through Painting Women in A Bad Light

Gaslighting also thrives on a displacement tactic of attributing a flaw onto the victim to discredit their accounts. We have seen this where women are told how horrible they are as well when they talk about men and patriarchy. But women do not have to be ‘good’ to be set free from the shackles of an inherently oppressive system because a person’s life and wellbeing will always take precedence over their apparent character (and it should not even be a point of debate that patriarchy is an actual life threat to women).

Women are allowed to be flawed, to have hurt men themselves and STILL be allowed to speak about patriarchy and all the ways men as a collective continue being a painful burden to their existence. The two are not mutually exclusive; it does not make women hypocrites because the eradication of an oppressive system should not be dependent or conditioned on how noble or respectable the oppressed are. An oppressive system should be eradicated because no human being should ever be born into a world that threatens their safety and security because of an identity they hold, period.

There are countless ways I can list in which gaslighting occurs within patriarchy. But in essence, when patriarchy gaslights women, it fundamentally communicates to women: YOU ARE MISTAKEN. You are mistaken by how you speak about the ways that men and patriarchy take away your power and cause you pain.

Anything to detract from the harmfulness of men and patriarchy.

I believe that at the core of patriarchy’s tendency to gaslight women, is the discomfort of men being painted in a bad light and being forced to confront the reality that, as a collective, they are not as great and amazing as the patriarchy has always painted them out to be.

And men are not prepared to admit that. I believe that gaslighting is a manifestation of that unacknowledged guilt which Audre Lorde describes as “a device to protect ignorance and the continuation of things the way they are, the ultimate protection for changelessness”. Gaslighting thus gives patriarchy the luxury of going with the status quo and having things remain unchanged because gaslighting gives one the ability to place blame on the victim rather than doing the hard work of self-introspection, inner confrontation and transformation.

And if good men are really invested in true transformation and creating a world where men’s existence is not predicated on the harming of women, then they need to actively participate in the collective eradication [read ‘education’] of the ways that men still continue to show up in harmful ways. The so-called good men need to be aware of how gaslighting, in the name of upholding the supposed good name of men, actually maintains the very same misogyny that women and feminists are fighting. Because when the ‘good men’ speak over women and gaslight them, as a means to redeem men’s threatened characters, by virtue of their privileged status as men, it actually absolves all other men from ever taking accountability and transforming.

Lastly, women demanding men to take accountability should not be misappropriated to misandry i.e. hatred of men, as often hurled towards feminists. And even if women and feminists were to hate men, their hatred of them will always feign in comparison to how men as a collective have hated women. It is truly a strange world that we have created where the demand for accountability and asking people to do better is equated to hate.

Anyway, dear men, please learn to listen to women and extend empathy to them. The eradication of an oppressive system (that naturally benefits and privileges you more), as a good man, should always take precedence over your own comfort.

Loved what you just read?

To Those Who Are Terrified of Letting Happiness In

For Adults Who Learnt How to Hide Their Big Feelings

Our Collective Freedom, Our Responsibility

Why Expecting Men to Be Providers Is Harmful

Why A Woman Fears Marriage

How Women Are Taught to Chase after Men and Marriage

A Struggling Varsity Student: The Truth about Academic Spaces for the Black Child

What do you think? Cancel reply

About The Fertile Wound

The Fertile Wound® is a canvas where, as a blogger, my heart’s deepest passion is authentically splashed throughout. The crux of my passion is seeing every one of us growing into and embodying our fullest and healthiest selves...

Always Be In The Loop:

A THREAD on 8 healthy ways on how to process pain without being shattered: 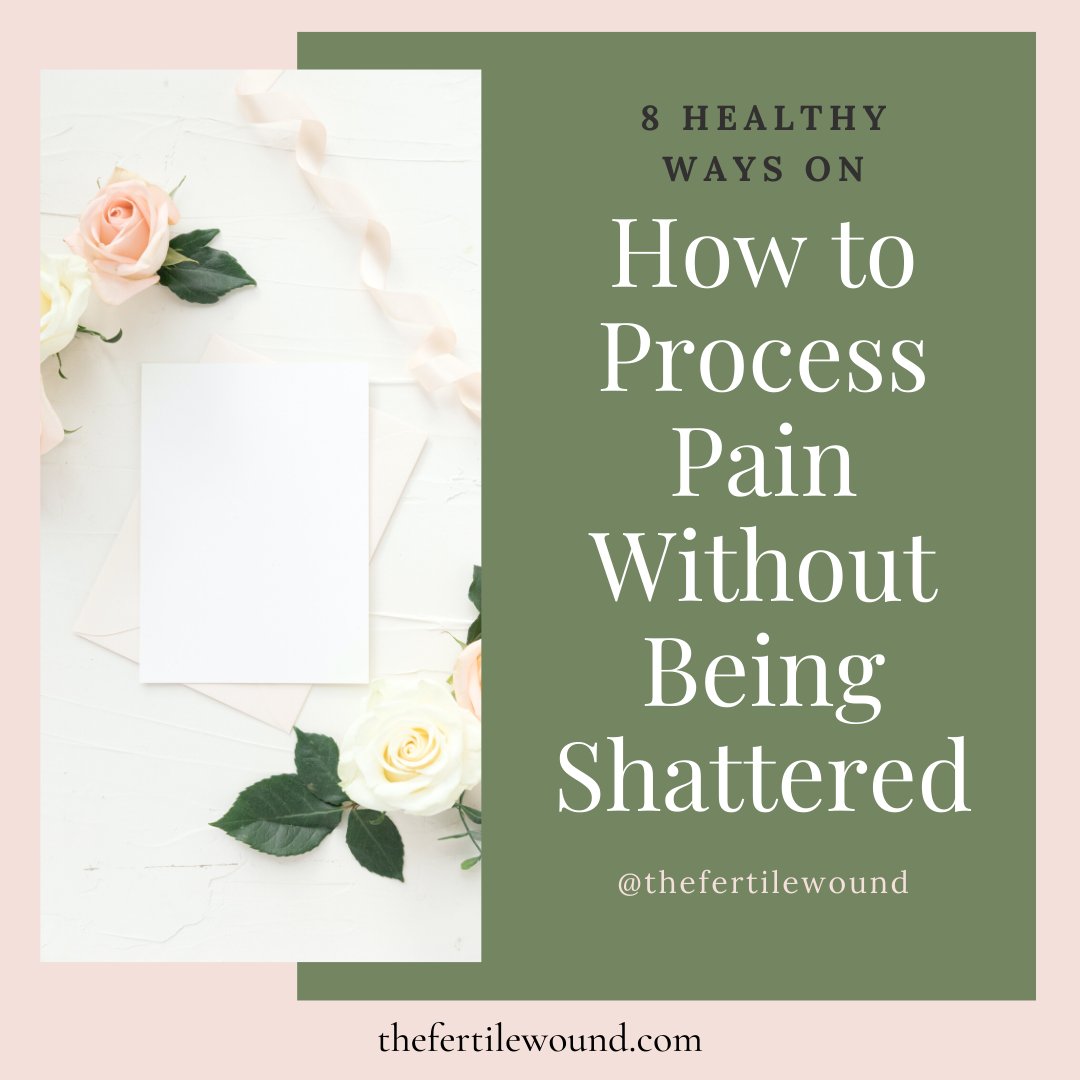 4 months ago
**LUNCHTIME READ** In our NEW BLOG POST we get into the very real fear of happiness when one has been so accustome… twitter.com/i/web/status/1…
4 months ago
There will always be the hope of new life for us. 💚 Happy Spring Day. 🌻 #September1st 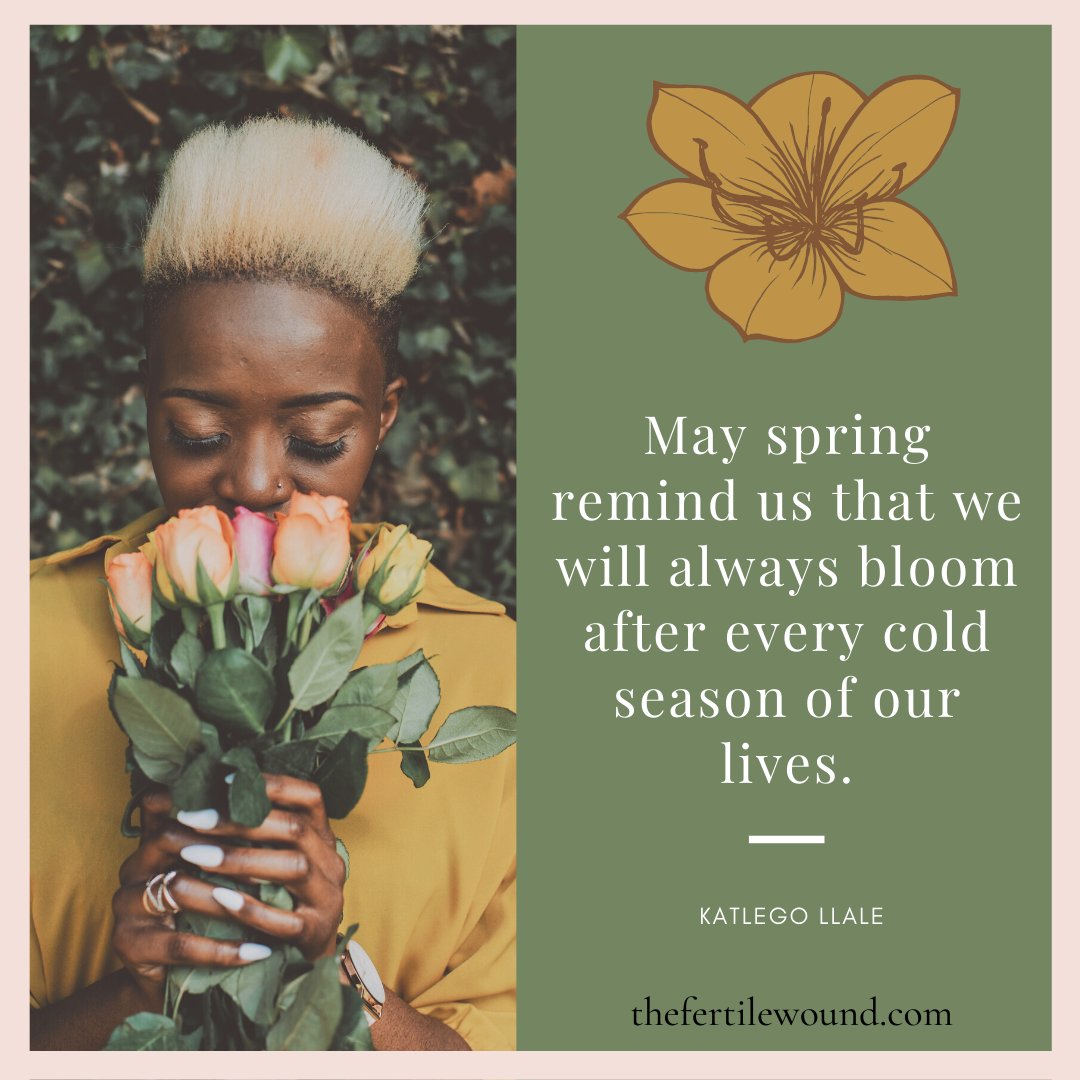 5 months ago
You are learning. You've never been here before. Breathe. Breathe in grace. 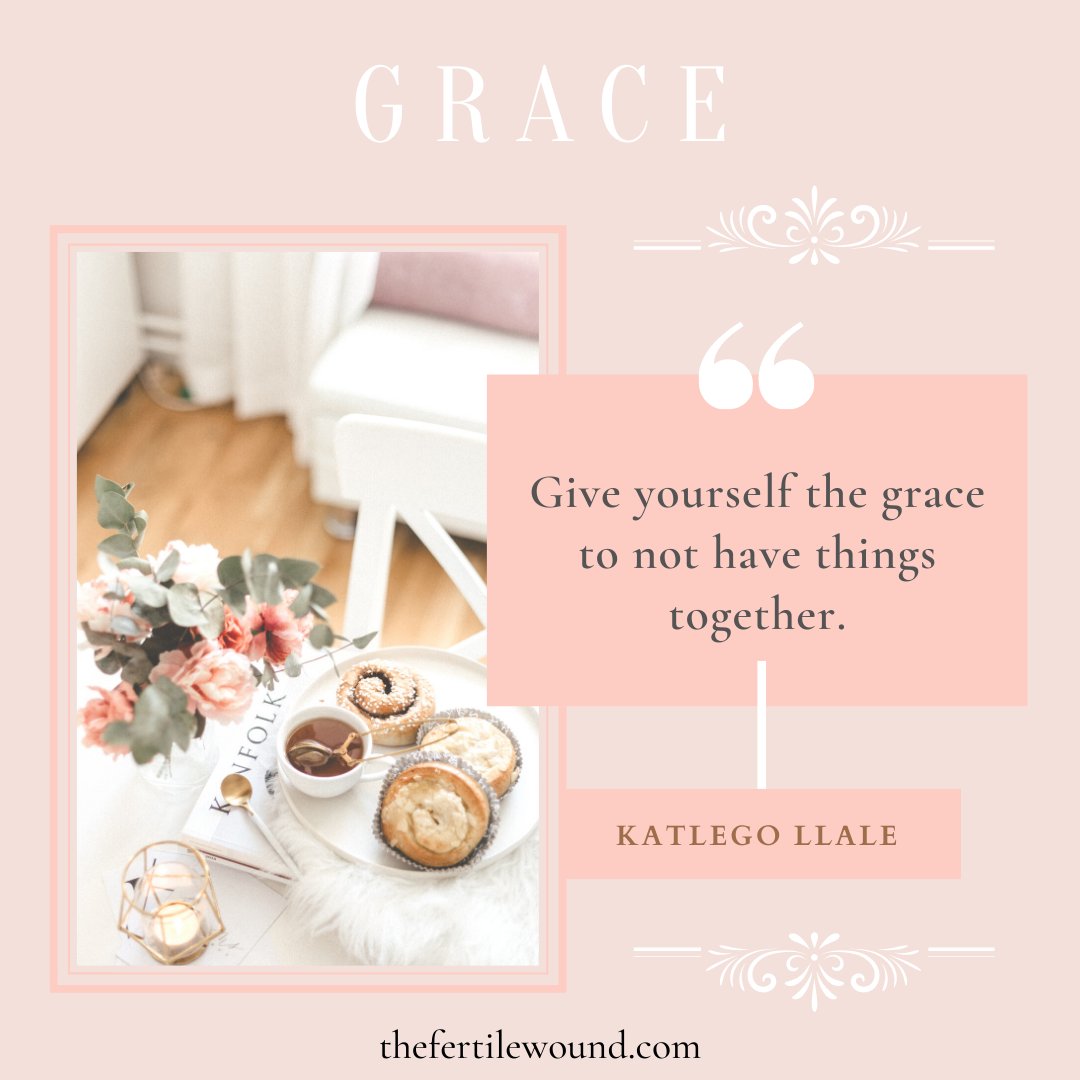 5 months ago
We won't always get life the first time around. And that's okay. 💚
5 months ago
→ Follow me

To Those Who Are Terrified of Letting Happiness In